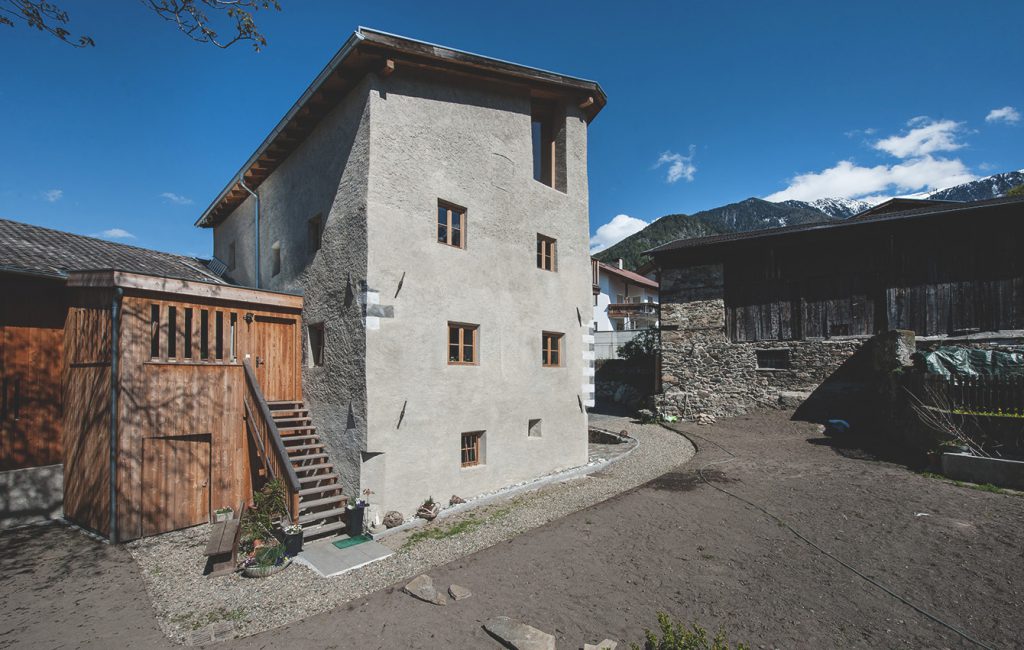 The Ruckenzaungut is a rural residential house with outbuildings situated in Laces. The building of the Ruckenzaungut grew up through ages: the oldest parts are from the second half of the 15th Century , which were later expanded . This first original unit (west side) has a plan in the shape of a “L” and developed as the result of adds and changing during years without a real project intent. At the beginning of the Modern Age the house was gradually increased in direction north-east and found its architectural conclusion with be building of the stall around 1874. About the interior space, the home has crossed vault and on the ground floor we can find a latebaroque paneling. In 2010 the constructor Thomas Pfitscher took over the property, at that time being in a state of disrepair. The building was declared a national monument and maintained as far as possible and adapted to today’s standards.